You are here: Home / Featured Posts / Chiropractic: A Better Choice for Back Pain than Drugs 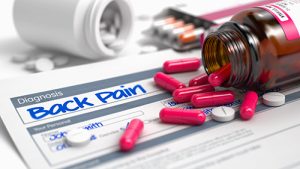 In a 2017 survey, Statista, a worldwide statistics database, reported 49% of respondents admitted suffering with back pain. Of those suffering neck and back pain, 54% had experienced these symptoms for 5 years or longer. Over a 1-year span, 42% experienced the pain at least multiple times per month.

Although there are a wide variety of options for treating back pain (including chiropractic care, acupuncture, epidural injections, surgery, opioid and over-the-counter medication and/or physical therapy) 70% of US adults with neck and back pain treated with non-steroidal anti-inflammatory drugs (NSAIDs) such as ibuprofen and naproxen.¹ (Medline Plus – a database of the US National Library of Medicine – lists brand names of ibuprofen, including Advil®, Midol®, Motrin®, Motrin® IB, and brand names of naproxen, including Aleve®, Anaprox®, and Naprosyn®.) 5

A study published in 2012 in the peer reviewed medical journal Spine, compares the efficacy of chiropractic treatments versus drug treatment.

Before exploring the study findings, it’s prudent to consider the risks of NSAID drug treatment.

In recent years, much attention has been focused on the negative side effects of extended use of NSAIDs, especially the common anti-inflammatory drugs. Its been widely publicized that these drugs cause frequent gastrointestinal complications, including bleeding ulcers. Other serious complications were published in 2005 in the British medical journal Lancet estimating that 88,000 Americans had heart attacks from taking prescription Vioxx, and 38,000 of them died while taking this NSAID. This lead to a $4.85 billion settlement of class action law suits against Merck the pharmaceutical giant.²

It is  worthy to note that the US National Library of Medicine’s database Medline Plus prominently displays an “Important Warning” on the informational pages for ibuprofen and naproxen, before any other facts about these drugs. The warning indicates that there may be a higher  risk of heart attack and stroke when taking NSAIDs and NSAIDs may cause ulcers, bleeding, or holes in the stomach or intestine.3

The FDA info page on NSAIDs outlines these side effects, noting that intermittent use should carry a low risk. However, it also warns that the OTC labels for these drugs state that more than 10 days use of the medication would warrant a visit to the doctor. Many people treating back pain with these symptom relievers are exceeding this time frame.4

Occasional neck and back pain may improve on its own within a week or so. However, the survey referenced above indicates over 40% have pain that reoccurs multiple times a month or more often. Treating with NSAIDs repeatedly increases risk of gastrointestinal and cardiac complications.

Further, the FDA info page indicates the risk of heart attack and stroke when using NSAIDs can occur as early as the first few weeks of using an NSAID and the risk may rise with extended use.

Chiropractic treatments correct the mechanical cause of a skeletal condition, rather than just masking the pain and inflammation symptoms. Short-term treatment with anti-inflammatory drugs may be useful to relieve symptoms while the body compensates or heals. If symptoms persist, chiropractic is a safe and effective alternative to the risks of extended use of NSAIDs.

Call our office at 203-661-6699 for an appointment to see if your problem is the type of mechanical back pain that responds to chiropractic musculoskeletal rehabilitation.

1 Statista Survey – Back pain in the U.S. – Statistics & Facts

4   The Benefits and Risks of Pain Relievers: Q & A on NSAIDs with Sharon Hertz, M.D. 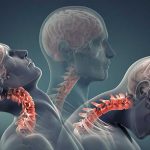 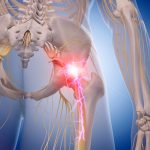 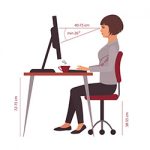 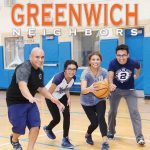 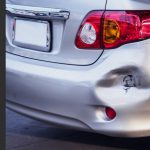 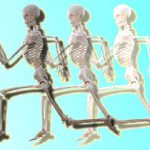 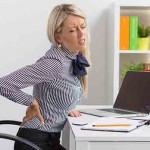 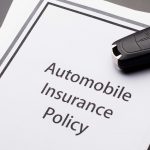 — located in the Dearfield Medical Building — in the center of Greenwich, one block from Greenwich Avenue, across from the Greenwich Library.